“The York County district attorney’s office announced that it would seek the death penalty for the 19-year-old York man accused of killing a 9-year-old girl. The Lancaster girl was playing with friends on a York street May 10 when the man allegedly shot into a crowd, missing his intended targets but hitting the child in the back, killing her.”

(I’ve omitted names, for what it’s worth. This story could be told, unfortunately, in many other places with many other names inserted. Yet these two individuals, both the 9-year-old girl and the 19-year-old young man, are not anonymous nor are they statistics to the families and friends who know them. The original local report on this awful event is here.)

The shooting of a 9-year-old is horrible. Horrible, horrible. My son is nine, almost ten, and there would be weeping and gnashing of teeth if anything happened to him. Children should not have to live in fear of being shot (or molested, or hit, or cursed at and degraded).

Yet what struck me about this article, hit me like a ton of bricks tied to my stomach, was that we (via the district attorney) are willing to kill a young man to avenge a child’s death. Except that we call it justice, not vengeance. In the eyes of the law, a 19-year-old man is an adult, and the death penalty is allowed for a crime such as this. But 19?! Nineteen???!! What were you doing at the age of 19? Would you say that you were thinking and behaving as a mature adult in those years? At 19, I was playing ridiculous dating games, fussing over the choice of a college major, and reading The Odyssey and Don Quixote. Can you imagine hearing, at the not-yet-adult age of 19, that your life is collateral for another?

As a system of justice, it is deeply flawed. … FAMM stats, e.g.

The death penalty approaches justice with an ethics of “an eye for an eye, a tooth for a tooth.” …and another eye for another eye, ’til everyone is blind. These words come from “There Were Roses,” a song by Tommy Sands regarding the murders of his two friends–one Protestant and one Catholic–in Northern Ireland in the 1970s; I will always hear the voices of The Woods Tea Co. singing this haunting tune. (Speaking of being 19, I first heard/saw Woods Tea during my college years; they had [and still have, I believe] a standing gig at Colgate University.)

The “math” of the death penalty…

There is a disconnect–a chasm, it seems–
between the brilliant expanse of the sun-glittered ocean
stretching out to meet the blue sky
and the reckless, shocking abuse of authority
that ends a child’s party with Tasers.

The abundant violets and pinks arrayed in the beauty of a hydrangea
are apparently worlds away
from the overwhelming scarcity of a woman
who can barely survive hour to hour,
let alone day to day. 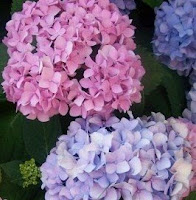 It has been too long, dear Savior.
Your people cannot wait for the sweet by and by
to bring eternal satisfaction from hunger
or final justice from oppression.
God With Us, you are needed.