Many have been gracious (both here and on facebook) in rising to rally quickly and virtually in support of my family and, by extension, others who encounter similar naive? ignorant? racist? remarks from their peers. My thanks to each and all.

As I read through the comments, I realized that the offense of the incident, for me, is not singular in focus; I am offended and upset both for my daughter and for the systemic insult of racial bias and discrimination. Julia is right in observing that our focus necessarily shifts back-and-forth between racism in the system and racism in the moments of daily life. After responding immediately to affirm my daughter’s beauty as an African American child, my thoughts shifted to the systemic put-down that my daughter experienced personally through the voices of other children.

To rephrase my original post, when will the affirmation of bodies of color no longer need to be a covert act of resistance but a common celebration of humanity?

My love and comfort to my daughter was not just a mother-daughter moment, it was an active resistance to every voice that belittles and seeks to undermine the beauty of brown, the joy of ethnic/racial diversity, the strength of interracial coalitions.

But we can deal with kids. I’m fortunate to have multiple avenues of recourse in responding to this incident and to my daughter’s classmates: from giving her advice on how to respond to such comments to speaking with school officials about my daughter’s experience. Although I don’t underestimate the very real peer pressures and self-image doubts that my daughter experiences because she is “different,” I’m also proud of her self-confident and resilient spirit. 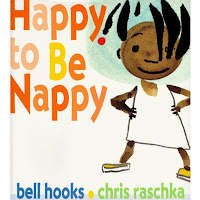 I am less confident about the rising spirit of white fear–a haunting spirit that is crying “Victim!” as it defends whiteness as normative and resists the appearance (quite literally, the increasing visibility of non-white faces, most notably represented by the face of President Obama) that hints of the death of “how things used to be.”

It’s in resistance to that fear